JERUSALEM – Hamas’ propaganda machine has been working relentlessly to generate a depiction of the events that suits their objectives in their war on Israel. Using news, multimedia and social media, they have been presenting lies and a distorted account of the events to garner the populations support for their cause.

One of the issues Hamas has been focusing on is an attempt to both justify and console Gaza’s population over the many civilian deaths it has caused in the Gaza war.

While broadcasting gruesome pictures of dead civilians, including children, a TV host explained last week that since in Islam a person’s time of death is predetermined by Allah, the people who have been killed in the recent fighting have actually “gained”: They would have died now anyway, but now they will receive the rewards of Martyrdom – Shahada – in Paradise.

The glorification of Martyrdom both justifies the Hamas activities that led to these deaths and also may console the population. In addition, this message may persuade civilians to continue endangering their lives by protecting Hamas terrorists and their terror infrastructure with their bodies.

Recently, PMW reported on a sermon by the former Palestinian Authority Minister of Religious Affairs, Mahmoud Al-Habbash, who likewise glorified Martyrdom death as something to which Palestinians should aspire.

“Every soul has its time. These people – their time had come, and they were Martyred (i.e., Gaza civilians killed in war). They have gained [Paradise]. They have nothing in this world, especially in the Gaza Strip. There’s no life in the Gaza Strip. What life can we have in the Gaza Strip? Being with Allah is better. Being with Allah is better. What we see is very hard but we won’t surrender, Allah willing. The first to say it are the Martyrs’ family. The first to say it are the Martyrs’ mothers and fathers… Don’t be disturbed by these images. He who was killed this way doesn’t feel. By Allah, he does not feel. These are not my words, but the words of our beloved Prophet [Muhammad]: He who is Martyred doesn’t feel. Only we suffer by these images. By Allah, [the Martyr] doesn’t feel. His soul has ascended to Allah. His soul is with the Lord. His soul is inside a green bird. He is with Allah now. He is in Paradise. Only we suffer by these images… In other cities, in other countries, thousands die in earthquakes, floods, plane crashes, in ferry or shipwrecks, in natural or unnatural disasters. Thousands die. Thousands die but we don’t know what their fate is with Allah. But we [in Gaza] are Martyrs. The enemy has killed us and we are Martyrs.”

The IDF has finally bombed Hamas TV and radio yesterday. In a sense, it may have been a life saving mission for the Gazans as well, who will not be influenced by these deadly messages anymore. 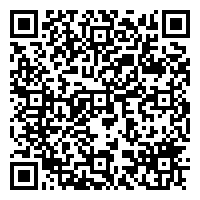