Last week, the Haredi politicians and Aryeh Deri in particular couldn’t get enough of Labor (Avoda) leader Yitchak Herzog, even suggesting he could replace Netanyahu as Prime Minister, all in anger over the Haredi draft law that passed.

This week the Labor party indicated support for the upcoming Conversion bill, a bill the Haredim don’t support. Haredi politicians expressed their anger and disappointment at Labor’s support.

It appears that the Haredi honeymoon with the Labor party is over. 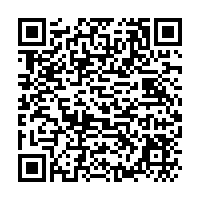