The IDF announced on Thursday that it discovered a new Gazan terror tunnel near Ein HaShlosha, east of Khan Yunis. The tunnel was of a similar scale to the Gaza terror tunnel that was discovered 5 months ago.

“The exposure of this tunnel was based on intelligence, and boots on the ground in the vicinity of the Gaza security fence,” IDF Spokesman Lt. Col. Peter Lerner, said, ”Our operational assumption is that Hamas and other terror organizations continue to tunnel and prepare points of attack against Israel and its civilians. This advanced tunnel was intended to pose a direct link and threat to Israeli territory, and enable Hamas terrorists to reach and harm Israeli civilians. Tunnels such as this are built to assist terrorists in the execution of terror attacks. In the past Gaza terrorists have utilized such tunnels to Israel for infiltration, detonation and abduction of Israeli citizens.”


Hamas’s Iz al-Din al-Qasam called a news conference and denied that this was a new tunnel, but rather it an old tunnel that was being rebuilt by their terrorists.

Hamas said the tunnel collapsed from the massive rainstorm, which exposed it to the IDF.

The IDF blew the tunnel up in a controlled explosion.

Israel continues to allow in construction material into Gaza which is used to build these terror tunnels. 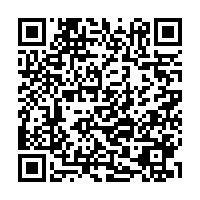