HarperCollins is pulling its Middle East Atlas from sale in all territories, and has apologized for leaving Israel off the map, while distinctly leaving an enlarged Jordan and including Gaza.

The company said that all remaining HarperCollins Atlas’s not yet sold will be pulped.

HarperCollins initially explained that “local preferences” of the Gulf State countries took precedence over including Israel on the map, something their Arab customers found “unacceptable.”

The decision to omit Israel elicited a tremendous amount of anger online. 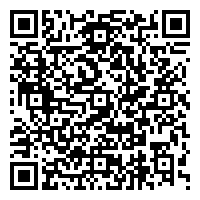