A 26-year-old Hassidic Jewish man was chased and beaten on Sunday night in an attack by two assailants with an unknown object in the Williamsburg section of Brooklyn.

The victim, who sustained a head wound, was treated at the scene by medics from the Hatzalah emergency medical response service before being evacuated to a medical center, according to Williamsburg News.

.⁦@NYPD90Pct⁩, ⁦@WspuShomrim⁩ are on scene at Throop Ave & Bartlett St after 2 perps assaulted a Hasidic Jewish Person with sticks to his head, ⁦@hatzalah⁩ treating the victim with blood wounds to his head, perps fled the scene by car. pic.twitter.com/s0paAJGK39

The perpetrators fled the scene in a car, according to the report.

Police said the victim required eight staples to close the wound on his head. 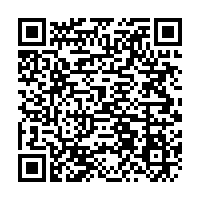