Ryder, who took the gold in the Under-77-Kilograms (170 pounds) weight category, was the second Israeli to receive a gold medal at the tournament, after Alon Leviev came in first in the Youth category.


The World Championship in Abu Dhabi, which hosts teams from some 60 countries, is the most important competition of the year for the Israeli Jiu-Jitsu team.

During the competition there are three categories – Youth (Under-18), Junior (Under-21), and Adults. The last stage of the competition included the Adults matches, where Nimrod Ryder came in first in his weight category.

Playing the Israeli anthem at the podium, which has happened twice in the last month, would not have been possible until last year, when the United Arab Emirates reversed its ban of Israeli athletes using their country’s symbols such as the flag and anthem at tournaments hosted by the UAE.

Jiu-Jitsu operates in Israel as part of the Ayelet Federation of Non-Olympic Competitive Sports in Israel, which assists Israeli athletes with scholarships, equipment, financing for competitions, and more.

President of the Ayelet Federation Eric Kaplan said he is “pleased that our athletes continue to reach such amazing achievements.”

“The victories and, above all, the playing of Hatikvah in Abu Dhabi, are an outstanding answer to all those who boycott us, those who refuse to shake our hands and to all those who do not want to see us, Israelis, in sports or anywhere else,” he said. 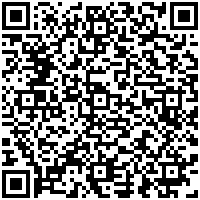