The amount of money is far greater than previously estimated and provides further evidence that thousands of former Nazis, including SS guards, lied their way into the United States, denied their past and then collected federal  benefits after retiring.


The Justice Dept. also used a legal loophole to offer Social Security payments to suspected Nazis who agreed to leave the United States until this year’s act ended the practice.

A full report of a federal investigation, prompted by a previous AP story, is to be released later this week.

The news agency said it obtained a copy of the report of payments to Nazi war criminals since 1962. No names are listed in the report, but the Social Security Administration obviously has the names, raising questions of whether it and the Justice Dept. are protecting them from possible prosecution for war crimes.

The American government was inactive when it came to looking for Nazis until it established its own unit in 1979 to hunt them.

She said in a statement:

We must continue working to remember the tragedy of the Holocaust and hold those responsible accountable. One way to do that is by providing as much information to the public as possible. This report hopefully provides some clarity.

The report said 38 formers Nazis received $5.6 million before being deported while 95 suspected Nazis, whose possible war crimes were not confirmed, continued to collect $14.5 million. 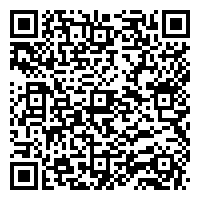