The sorry saga of Likud party’s slate of candidates for the elections to the Knesset retook another bump on the head Monday afternoon with a Tel Aviv District Court order to halt a recount of ballots that a lower court ordered.

More than 50 percent of the votes had been recounted before the court issued its ruling today.

The court ruled that the judicial system had no right to interfere in the Likud party’s court ruling concerning the recount.

The appeal to the civil district court was filed by Knesset Member Tzipi Hotovely, who was elected to the 20th place on the list after a party recount found her ahead of challenger and former Cabinet minister and MK Avi Dichter.

Dichter filed and won an appeal to a lower civil court for a complete recount and he is probably will appeal today’s decision to the Supreme Court.

The Likud has a scant three days to meet the Thursday deadline to announce its candidates.

The Likud party manages to make a mess of its primary elections almost every time, but this year was exceptional.

Maybe it has something to do with the Shmittah? 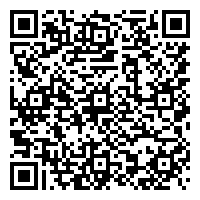