Arab teen terrorists coming out of the Palestinian Authority are being moved by the beat of a specially-crafted form of music video.

It is the music of the street and the promise of glory forever — the knowledge that one’s family will be forever grateful, having received a salary* for one’s efforts despite a young age — and the endless, driving, urgent beat that some Arab teens find so compelling.

That may have been part of what sent two Arab teens into the Old City Saturday evening to stab two Jewish teens as they left the Western Wall after completing their Sabbath prayers.

For readers who haven’t had the chance, take a spin on the Middle Eastern side of YouTube network – if you’re over 18 and have a strong stomach, that is – to check out the Arab teen motivational movie clips.

This is top-flight 21st century Palestinian Authority government incitement, masterminded in the most cunning manner. For decades Mickey Mouse and life-size cuddly cartoon creatures have been talking up the joys of martyrdom; long enough to prepare human fuel for the war machine revving up in the current wave of terror. But now that those youths are growing up, with hormones to match, children’s programming no longer cuts the mustard.

So what’s being used to move them in the right direction? Cue hot-blooded, fast-moving, specially-crafted music videos. One in particular features a hit called “Lovers of Knives” by Gaza-based band “Al-Gorba’a” that came out last October.

Sadly, its effectiveness is all too evident. The above video and countless others like it are considered the hottest tunes on the street in the Palestinian Authority today.

The fast-moving images are slickly edited to intersperse “daring” attacks by young Arabs met with “brutality” by clearly overwhelming numbers of Israeli security, military and police forces armed and uniformed to the nines. There is plenty of deep red blood, dramatic scenes of ambulances and medical stretchers, scenes of massive support and honor by crowds  for the dead “martyr” shot by Israeli forces, when brought to his final resting place.

The songwriters and singers use the names of those who have died attacking Israelis as mantras in the rhythmic, almost hypnotic beat.

The comments in Arabic say things like, “Allah have mercy upon our martyrs, God grant us victory over the Jews!” and “God protect the youth of Palestine.”

*   The Palestinian Authority government pays the families of “martyrs” a monthly stipend in compensation for the efforts of anyone who gives their lives for the “nationalist” cause of murdering Israelis. The more murders, the higher the stipend. It is not clear why foreign governments do not demand accountability regarding this practice and its connection with the massive foreign aid transferred to the PA government to support its operations. 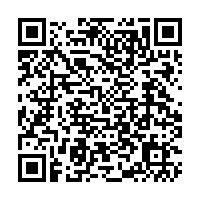