The chairman of the U.S. House of Representatives subcommittee on human rights will convene a hearing on anti-Semitism Wednesday, saying it is worsening, especially in Europe.

“It is getting demonstrably worse all over the world, but especially Europe,” said Rep. Chris Smith (R-N.J.), who is chairman of the subcommittee and also co-chairs the U.S. Helsinki Commission, the congressional body monitoring human rights.


He told JTA, “The Middle East is a cauldron of anti-Semitic hate, but much of that hatred is spilling out through the Muslim Diaspora and through satellite television.”

Smith cited spikes in reported recent incidents of anti-Semitism in Britain and France, and noted that it emerges from the far left and right as well as from Islamists.

“This is one of the times when far right and far left meet at the end of the circle,” he said.

The first panel to be heard by the committee will garner testimony from Mormon and Muslim experts on anti-Semitism in order to emphasize that the phenomenon is not a Jewish problem exclusively, Smith said.

The second panel will focus on Europe and will include testimony from Rabbi Andrew Baker, the top official dealing with anti-Semitism at the Organization for Security and Co-operation in Europe, as well as experts from Hungary and Sweden.

WATCH: Israeli Journalist Harassed by Anti-Semite Outside US Capitol 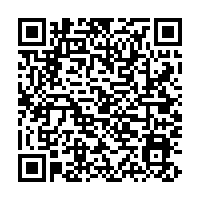