Religious Jews don’t circumcise their male children because of the alleged medical benefits of this Biblical rite, but because it is a Biblical rite. Over the generations, popular and medical views on circumcision have shifted from hearty endorsements to strong rejections and all the positions in between, and Jews just continued to circumcise their sons.

Still, it is fascinating to see how this area of human behavior is evolving in keeping with the shifting social mores. Today, in the midst of all out political attacks on circumcision in Europe and the U.S., yet another assault on Brit Milah is making headlines.


“Attorneys for the Rights of the Child” J. Steven Svoboda and pediatrician Robert S. Van Howe, M.D. have published a new article in the Journal of Medical Ethics (JME), arguing that the American Academy of Pediatrics (AAP) position regarding male circumcision lacks credible support.

The article, “Out of step: fatal flaws in the latest AAP policy report on neonatal circumcision,” is being published online today (subscription required).

Svoboda and Van Howe criticize the AAP’s apparent cultural bias in favor of circumcision, which they note puts the AAP firmly out of step with world medical opinion on this issue. They argue that the AAP documents suffer from troubling deficiencies, ultimately undermining their credibility. According to the authors, these deficiencies include the omission of critical issues, biased use of the medical literature, and conclusions that are not supported by the evidence given.

Svoboda commented, “The AAP ignores so many important topics that it is hard to know where to begin. For example, the anatomy and function of the foreskin are not mentioned in their documents, even though they propose to cut it off without first considering the harm and pain that result from its removal. The AAP’s circumcision recommendations contradict its own bioethics policy statement, which requires pediatric care to be based only on the needs of the patient. Non-therapeutic circumcision is incompatible with widely accepted ground rules for surgical intervention in minors.”

Dr. Van Howe, a Clinical Professor at Michigan State University College of Human Medicine, said, “When physicians decide whether to do a procedure, they must, and normally do, exclude from their medical decisions non-medical factors regarding the parents’ culture. Contrary to what the AAP suggests, doctors are not cultural brokers. Their duty is promoting and protecting the health of their patients, not following practices lacking a solid ethical and medical foundation.”

Svoboda asks, “Why is the AAP promoting public funding for an unnecessary and harmful surgery when we find ourselves struggling even to provide basic care for all our children? In these days of rising medical costs and scarce resources, we simply cannot afford to continue to carry out such a harmful and outmoded practice.”

The AAP‘s official position on this matter states:

The American Academy of Pediatrics finds that circumcision has potential medical benefits and advantages, as well as risks. A recent analysis by the AAP concluded that the medical benefits of circumcision outweigh the risks. We recommend that the decision to circumcise is one best made by parents in consultation with their pediatrician, taking into account what is in the best interests of the child, including medical, religious, cultural, and ethnic traditions and personal beliefs.

Your pediatrician (or your obstetrician if he or she would be performing the circumcision) should discuss the benefits and risks of circumcision with you and the forms of analgesia that are available.

A few months ago, the Royal Dutch Medical Association favorably cited an earlier version of Svoboda’s and Van Howe’s article, noting that even if benefits do exist the procedure can safely be delayed until the boy himself can make the decision.

Much of what the two authors are arguing makes perfect sense, although the notion of delaying the decision of circumcision until the child grows up is disturbing, because the amount of pain endured by a grownup far exceeds the suffering of an 8-day old infant. But their argument regarding the inherent conflict in a doctor’s recommendation of a procedure that doesn’t have scientifically proven benefits appears cogent.

And as in so many other divine commandments Jews are embracing, our position is that we’re not doing it because of the benefits—should they exist—but to fulfill a commandment. As in “I would have loved to eat pork, there’s nothing wrong with it, but God has commanded me not to.”

While We Were Away on Shabbat, US Announced Embassy Move on Israel Independence Day

The Internet, Halacha, and Olam HaBah 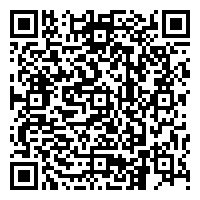