Hundreds marched in the streets of Chicago for hours on Wednesday, demanding that Mayor Rahm Emanuel resign.

The demonstrators were protesting Emanuel’s performance in office, but more to the point, they were expressing their frustration and rage over allegations of police brutality, which coalesced on the shooting death of 17-year-old Laquan McDonald more than a year ago. The police officer charged in the teen’s death fired 16 bullets into his body; Emanuel had to be ordered by a judge to release the police video of the shooting.


The former White House chief of staff tried for a reboot in an emotional speech to the City Council in which his voice sometimes cracked.

Emanuel vowed to deal with what many believe the lack of trust in police officers, saying elected officials and community leaders must “earn back that trust and change that narrative.” He insisted t here is a need for police to build relationships with young black Chicagoans, and to dissolve the double standard that for years has reigned in the city.

“That has to come to an end and end now!” he declared. “No citizen is a second-class citizen in the city of Chicago. If my children are treated one way, every child is treated the same way.”

Nevertheless, few were impressed by Emanuel’s words, having seen the adviser-turned-politician twist and turn too many times before.

Watching the mayor from the gallery of the City Council chamber, Rev. Jesse Jackson told the Chicago Tribune, “The word must become flesh, and we’ll know the value of it then.”

Emanuel was born in Chicago to an Israeli father who served with the Irgun in Mandate Palestine, and an American mother. An observant Jew, he served for two weeks as a civilian volunteer in the IDF’s Sar-El program during the 1991 Gulf War.

Trump Does It Again: Mediates Peace Between Bahrain And Israel UPDATED 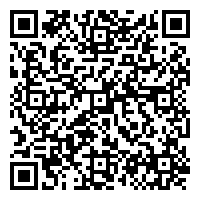