Hundreds of hotel rooms are expected to be added in the near future to the hotel supply in Jerusalem – a process that should reduce the cost of overnight accommodation in the capital. The additional rooms will be built in the Jerusalem Ridge compound opposite the Sherover Promenade in the Armon Hanatziv neighborhood.

The Tourism Ministry financed the marketing costs of the tender and will handle the development, in cooperation with the Israel Lands Administration, according to a statement from the ministry.


The compound that will be built is among the last significant areas of land in Jerusalem dedicated to the immediate construction of hotels. The site is zoned for six hotels (with four lots being marketed first and the other two at a later stage). The hotel compound also includes land with a listed building, commercial property and an area, common to all the hotels, that will be designated for bus parking. The commercial area will attract visitors from the adjacent promenade, and will serve as an entertainment attraction for tourists and locals alike.

“This tender is another important step in increasing the hotel room supply in Jerusalem. This tender will add to the hundreds of hotel rooms that have been approved in the last year in the Jerusalem Ridge compound, which will become a tourism complex located in one of the most attractive places, overlooking the Old City basin,” said Tourism Minister Yariv Levin. “I see great importance in strengthening the city of Jerusalem and its position as a magnet for tourists from Israel and around the world.”

Acting Director, Israel Lands Administration (ILA) Adiel Shomron added that his agency considers the strengthening of Jerusalem as a primary goal both in terms of increasing residential housing and in terms of strengthening commerce and tourism in Israel’s capital.

Two companies won the first tender to build 580 hotel rooms hotels will be built on the site: Hasid Brothers Contractors and Construction Ltd. and Klir Chemicals. The winners will pay the ILA NIS 7.6 million not including development costs and will build two hotels and commercial space. The second tender, which was published by the ILA in cooperation with the Tourism Ministry, was won by The Train in the Colony Ltd – a plot of 2,563 square meters with building rights of 14,080 square meters of which 400 square meters are for commercial/retail space, at a cost of NIS 7.2 million. 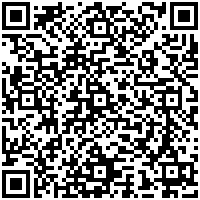