The extreme heat wave, or “sharav” that began on Saturday in Israel has brought with it warnings to Israelis not to forget to keep drinking water.

Those with medical conditions, the elderly, young, and pregnant are urged to remain indoors with fans or air conditioning as much as possible.


Temperatures spiked on Sunday, reaching into the 40s celsius (100s fahrenheit) in desert and beach areas such as Eilat, where it reached as high as 45 / 113 degrees.

At least 440 people so far have been treated between Saturday and Monday mornings for heat exhaustion, dehydration, fainting and other results of the heat wave. The Magen David Adom emergency medical response service said it has been called to treat hundreds of people. More than 30 were dehydrated, and nearly 200 had fainted.

Three suffered from heat stroke. Among those were an eight-year-old girl who was hiking near Nachal Tavor in the Lower Galilee, and a 40-year-old man, found semi-conscious on Sunday on the roof of a building in Lod. Both were hospitalized in serious condition.

The extreme heat is expected to continue at least into Tuesday.

Where Am I: Palace 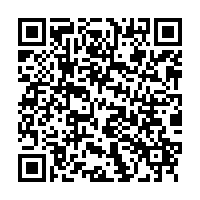