(JNi.media) According to a secret agreement between the International Atomic Energy Agency (IAEA) and the Islamic Republic—revealed Wednesday by The Associated Press—Iranian inspectors will investigate the Parchin military complex, located some 20 miles southeast of Tehran, which is suspected of being used in the development of a nuclear weapon.

The document is a draft that’s very close to the final version, according to AP’s source. Labeled “Separate Arrangement II”—possibly meaning there’s yet another one of a similar nature—it states that Iran will furnish the IAEA with photos and videos of suspected locations, “taking into account military concerns.” According to AP, it means that Iran will decide which images are “safe” enough to pass to UN inspectors, and which are “off-limits because they have military significance.”


The AP notes that, according to the secret document, the IAEA “will ensure the technical authenticity” of the Iranian inspections, but it doesn’t say how exactly this would be accomplished.

The idea that Iran would be trusted to run its own inspections in some of its secret military bases came up in Secretary of State John Kerry’s late July testimony before the Senate, when he suggested that the major impasse between the world powers and Iran concerned activities at the Iranian military facility at Parchin, and the Iranian refusal to let inspectors in at that and similar military facilities. Kerry announced then that the impasse had been resolved by an agreement in which Iran would take its own samples from Parchin and provide them to IAEA inspectors.

The Washington Post’s Jackson Diehl tweeted on July 23: “Most interesting news of Iran hearing: IAEA will have to rely on Iran to take samples at Parchin and other sites for its PMD investigation.”

House Speaker John Boehner said on Wednesday, “President Obama boasts his deal includes ‘unprecedented verification.’ He claims it’s not built on trust. But the administration’s briefings on these side deals have been totally insufficient — and it still isn’t clear whether anyone at the White House has seen the final documents.”

However, House Democratic leader Nancy Pelosi’s faith in the Iran agreement was not shaken by the news, and she reiterated Wednesday, “I truly believe in this agreement.”

According to the AP, the Parchin agreement was strictly between the IAEA and Iran, while the world powers were only briefed about it by the IAEA, approving it not specifically but as part of the overall package.

In early August, Senate Foreign Relations Committee chairman Bob Corker (R-TN) said he left a briefing by IAEA chief Yukiya Amano not more, but “less assured” about the nuclear deal with Iran, most notably about what kind of access the IAEA expected to have in Parchin.

“We cannot get him to even confirm that we will have physical access inside of Parchin,” a frustrated Corker told reporters about the Amano testimony.

Amano, for his part, told reporters he had told the committee “that my legal obligation is to protect safeguards confidentiality,” but insisted “the nuclear activities of Iran will be reduced in size, and we’ll have the most robust verification regime in Iran.”

On Wednesday, White House National Security Council spokesman Ned Price said he was “confident in the agency’s technical plans for investigating the possible military dimensions of Iran’s former program. … The IAEA has separately developed the most robust inspection regime ever peacefully negotiated.”

But Olli Heinonen, who served as deputy IAEA director general from 2005 to 2010, told the AP he “could think of no similar concession with any other country.”

On August 8, following the Amano Senate committee hearing, Iran’s Foreign Minister Mohammad-Javad Zarif belittled the claims regarding the Parchin site, saying the media have no other goal but to create an atmosphere of misunderstanding. “The comments show that all the claims raised against the Islamic Republic of Iran on the issue are baseless,” he insisted. 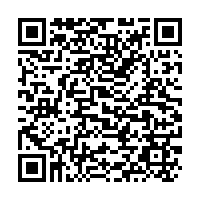