Yishai is joined by David Isaac Simpkins, a convert and former US soldier. Meet David Issac Simpkins, who spent ten years in the US military, including fighting in Afghanistan, and four years becoming an officer in West Point where he became interested in Judaism and subsequently converted. Hear Simpkins along with Rabbi Kenny Cohen, the founding rabbi of the Young Israel Century City, Los Angeles ( who helped Simpkins convert) tell Yishai about David’s remarkable journey. 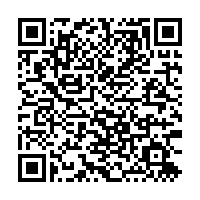