On Friday night, the Israeli Air Force (IAF) attacked 3 Arabs that infiltrated from Syria into Israel on the Golan Heights, near Kibbutz Ein Zivan.

Two of the infiltrators were killed, the third was injured.


At least one of the infiltrators was armed, and the IDF said they were trying to damage the security fence between the two countries.

Earlier this month, IDF soldiers were seriously injured from an explosion along the Syrian-Israel border. 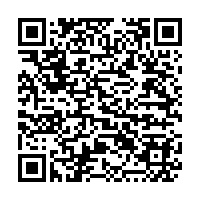