Every war has its price, economically, emotionally, politically and spiritually.

Few nations consider the latter – but the Israel Defense Force has never ended a war without taking that into account.


Tonight, members of the media each received the account sheet from the IDF, showing the “up to date figures of Operation Protective Edge.”

They speak for themselves in the starkest of terms, across all spectrums. Behold.

2,303 hit Israel 356 intended at IDF forces operating in Gaza 116 of which hit populated areas (3.45%) 578 were intercepted by Iron Dome 475 landed within the Gaza Strip Prior to the operation, the IDF estimated the Gaza rockets arsenal at approximately 10,000 rockets. 1/3 of which were fired at Israel, and an additional 1/3 was demolished by the IDF.

597 rockets were launched from civilian facilities abused by terrorists (18%) 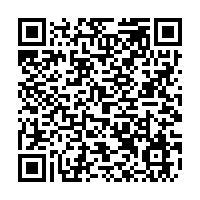