A team of IDF bulldozers entered inside the southern Gaza Strip on Thursday morning and proceeded to raze the lands past the border fence, Arab media reported. The Ma’an news agency cited local witnesses who said that five Israeli military bulldozers came through the Sufa crossing and entered about 50 yards into the strip, east of the city of Rafah.

They reported that the bulldozers were leveling the lands along the border fence.


The IDF has been crossing the Gaza Strip buffer zone frequently, with heavy machinery, since the 2014 war, in search of newly dug terror tunnels that lead underground into Israeli territory.

Arabs who work near the buffer zone on occasion attempt to attack, even fire on the machinery and are repelled with fire.

Ma’an complained that the practice has “destroyed much of the agricultural sector of the blockaded coastal enclave,” a loss that could be prevented by not digging any more tunnels into Israel.

And while Israel’s buffer zone defending its civilians against Gazan terrorists is quite narrow, Egypt has demolished more than 3,255 homes and other buildings on Gaza’s Egyptian border, to create its own buffer zone and eliminate smuggling tunnels, after a surge in attacks by Islamist terrorists. The Egyptian military destroyed nearly all buildings and farmland within about half a mile from the Gaza border, using uncontrolled explosives and earth-moving equipment.

In comparison, the incursions of IDF D9 bulldozers into Gaza are described even by local media as “limited.” 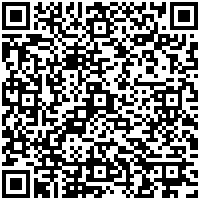