The IDF on Tuesday demolished the home of the terrorist who murdered Rabbi Michael Mark in front of his wife and two of his ten children. The operation was carried out in conjunction with the Border Police and the Civil Administration.

Mohamed Fakih, 29, from Dura village, gunned down Rabbi Mark on July 1 while he was driving with his family on Route 60. His wife was seriously injured, and two of his children were lightly injured.

Fakih was killed in a gun battle with IDF and police units on July 27, after they had closed in on his hideout in Surif, near Hebron. Fakih had barricaded himself inside the house, and security forces responded by shooting nine anti-tank missiles, causing a significant part of the building to collapse. Troops found several weapons next to Fakih’s body, including an AK-47 assault rifle and hand grenades.

The demolition operation was conducted in line with the Israeli government’s recently reinvigorated terrorism deterrence policy. 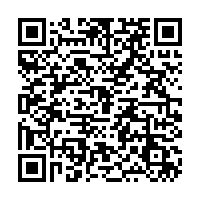