The IDF discovered a large weapons cache last night during an operation to arrest two wanted terrorists from the Qalandiya refugee camp adjacent to Jerusalem.


The wide scale operation was conducted by the Binyamin brigade in cooperation with the police, border police and civilian administration. As IDF forces scoured the area and conducted the arrests however, they were forced to contend with dozens of rioting Palestinians and armed terrorists who began firing at Israeli personnel.

Nobody was injured in the riots. However, as IDF forces searched a number of houses in the camp, the elite units of duvduvan and Shaked discovered a cache of weapons which included protective vests, thousands of bullets for a variety of firearms, magazines, incitement material, knives and axes.

An operation by the Givati brigade last night was also interrupted after a man attempted to run over a group of soldiers in the same refugee camp.

The soldiers fired on and successfully neutralized the assailant, who Palestinian media identified as 21-year-old Ahmed Hassan Jehajeh from Qalandiya. However, three were injured from what appeared to be friendly fire. All three were evacuated to hospital, one in moderate condition and two remaining in light condition.

During a separate incident, another car ramming was attempted but none was injured. The terrorist, Hihmat Hamdan from al-Bireh was also killed. 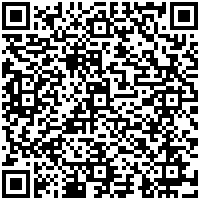