(JNi.media) Showing that some Israeli legislators can still recognize irony, as part of International Human Rights Day the Knesset’s State Control Committee debated on Tuesday the issue of Administrative Detentions. According to a Knesset Research and Information Center study, conducted at the request of MK Basel Ghattas (Joint Arab List), as of November 1, 2015, four Jews and 398 non-Jews were being held in Administrative Detention. A large percentage of the detainees are ages 18-30, and 34% of them have been held between six months and a year.

The issue of remand without charges has come up in recent weeks, following the incognito incarceration for as long as three weeks at this point, of at least three suspects of “Jewish Terrorism.” Interest in their detention has been mounting in the Israeli public, mostly on the right but as of Tuesday on the left as well, as the NGO B’Tselem, which most often takes up the plight of Arab security prisoners, has condemned the treatment of the Jewish suspects.


In defending its use of Administrative Detention, Israel declares itself a de facto occupier in Judea and Samaria, referring its use of Administrative Detention to Article 78 of the Fourth Geneva Convention 1949, which states that “If the Occupying Power considers it necessary, for imperative reasons of security, to take safety measures concerning protected persons, it may, at the most, subject them to assigned residence or to internment.”

The legal basis for Israel’s use of Administrative Detention is the British Mandate 1945 Defense (Emergency) Regulations which were amended in 1979 to form the Israeli Law on Authority in States of Emergency. Administrative detention is often used for indefinite detention of Arabs members of terrorist organizations who are more often than not suspected of being involved in advocating and planning terrorist acts, rather than executing them. Administrative detention is also used in cases where the available evidence consists of information obtained by the security services (particularly the Shabak), and where a trial would reveal sensitive security information, such as the identities of informers or infiltrators.

In the Knesset’s State Control Committee debate, Meretz chairwoman MK Zehava Galon said ”I claim that what the Justice Ministry calls preventive arrest has become a system of punishment, mainly towards Palestinians in the territories. I oppose the administrative detention of Jews or Arabs. This is a revolting method that has no place in a civilized country. As a country that deals with terror, we are in a difficult position. While [the system] has received the approval of the High Court of Justice, I suggest that the state comptroller examine the sweeping, disproportionate use of administrative detention as a method of punishment. The use of Administrative Detentions should be annulled, and if the security agencies have any information regarding a possible terror-related event, they should arrest the [suspects].” 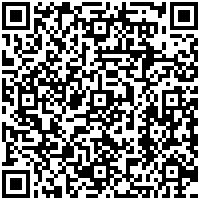