The ramming terrorists were shot dead. An initial investigation indicates that the soldiers were shot by friendly fire. All three are in good condition and are being treated in Jerusalem hospitals.


Cars have become popular weapons, just as much as knives and guns, in attempts to murder Israeli civilians and soldiers. Riots erupted when Border Police entered Kalandia to search for weapons, not including cars, in homes and shops.

One of the terrorists who tried to run over security forces was from Al Bireh, adjacent to Ramallah. Arab media reported that four rioters were wounded and evacuated to a Ramallah hospital.

Violent riots also broke out in Dehaisha, near Bethlehem, and in Balata, near Shechem, when Israeli soldiers entered to arrests terror suspects.
The Palestinian Authority is committed to rein in terror in urban areas but usually does so only when there are threats from opposing terrorist organizations. 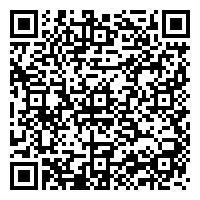