IDF forces on Thursday identified and shot down a drone that flew from the Gaza Strip towards Israel.

The IDF found the drone’s remains and took them for further inspection, an IDF spokesman stated.


No one was injured in the incident. The IDF did not provide details on the nature or type of the drone or how it was downed.

Gaza-based terror organizations have in the past attempted to penetrate Israeli airspace with Unmanned Aerial Vehicles (UAV).

In September, Gaza-based terrorists launched an armed drone that dropped an explosive device on an IDF vehicle. No one was injured in the attack and an IDF vehicle was lightly damaged, but it is considered a significant escalation.

In July, an IDF unit identified a drone infiltrating from the Gaza Strip. The drone was shot down by IDF soldiers.

A UAV flying from Gaza was shot down over Ashdod by a Patriot missile battery during Operation Protective Edge in July 2014.

Hamas has been working on developing aircraft that can be used for surveillance or attack missions. 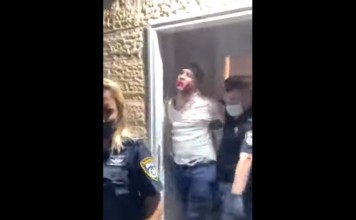