CLEARED FOR PUBLICATION: An Israeli-Arab (23) from Jaljuliya flew a paraglider into Syria on Saturday afternoon, from the southeastern Golan Heights.

There was a full-scale gag order on the event until Sunday morning.


An IDF spotter identified an Israeli paraglider landing on the Syrian side of the Golan Heights, which led to a series of events trying to identify and find the pilot.

At the time, Israel did not know the identity of the pilot, and assumed it was an Israeli who had accidentally gone off course and landed in Syria.

The IDF launched a massive search and rescue operation with dozens of helicopters, jets and reportedly, even ground troops who were sent up to the border.

The IDF spokesperson said they do not know where he took off from.

Earlier, ISIS is claiming they captured an Israeli pilot.

Jaljuliya is an Israeli-Arab town just east of Kfar Saba, at the entrance to the Shomron.

The Shabbak is investigating the man’s background to see if he had previous connections radical Islamic groups. 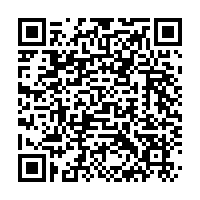