Security forces ramped up activity in Judea and Samaria overnight between Tuesday and Wednesday following the murder of Rabbi Raziel Shevach, who was shot to death on Route 60 by a passing car near his hometown of Havat Gilad Tuesday evening. Troops arrested 11 Palestinian Authority Arabs who were wanted for terror activities and rioting.

In addition, the commander of the Central Command, Maj. Gen. Roni Numa, together with the Commander of the Judea and Samaria Division, Brig. Gen. Eran Niv, and the Commander of the Samaria Regional Division, Col. Gilad Amit, conducted an assessment of the situation at the scene of the attack and ordered a series of steps to locate the terrorists, including roadblocks at the entrances and exits to Shechem (Nablus) and the deployment of additional forces around the area. Troops were instructed to carry out full searches of cars leaving Shechem.

The Israel Broadcasting Corproration (Kan) reported that IDF troops had surrounded several Arab villages in the region, adjacent to the shooting. The IDF Spokesperson’s Unit said that about 100 Palestinian Authority Arabs rioted in the city of Jericho, throwing stones and cement blocks and burning tires and garbage cans.

Also overnight IDF forces and Shin Bet agents seized thousands of shekels of terrorist money, as part of the campaign against terror financing in the city, and in Judea and Samaria overall.

Police Arrest 2 Arabs in Near Fatal Assault on Israeli Youth 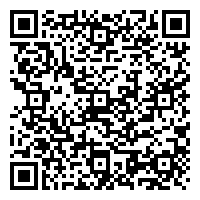