On Sunday, Nov. 9, a rocket was launched from Hamas-controlled Gaza into southern Israel. Despite the murderous intentions of those who shot the rocket, no one in Israel was physically harmed.

Several hours after the rocket was launched from Gaza, the Israeli Defense Forces responded by targeting a Hamas position in Gaza. “Hits were confirmed,” according to the IDF Spokesperson Lt. Col. Peter Lerner. 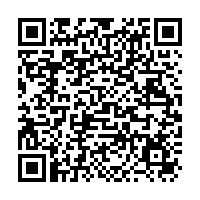