(JNi.media) UNICEF is participating in urgent efforts underway in Iraq to shield communities and families from the effects of a cholera outbreak that has already infected more than 2,200 people, some 20% of them children, across most of the country, the organization said in a statement. Now UNICEF’s Iraq director has announced that the cholera outbreak in Iraq has spread to neighboring Syria, Kuwait and Bahrain, and may become a region-wide epidemic.

With concern rising that the disease could spread further due to recent torrential rains and ongoing insecurity, UNICEF – alongside the World Health Organization – is supporting the response led by the Iraqi Ministry of Health, delivering and securing clean water supplies, providing treatment for people showing cholera symptoms, and undertaking a national communication campaign to help people protect themselves against the disease.


“There is unfortunately a high risk that cholera will reach more areas of Iraq, affecting marginalized and displaced children, women and their families in particular,” said Peter Hawkins, the UNICEF Representative in Iraq. “So we have to act fast.”

“[the outbreak] already has a regional dynamic and the risk of that can only be increased by people from all over the region coming into Iraq,” Hawkins said on Thursday. “Kuwait, Bahrain and Syria have already had confirmed cases.”

Millions of Shi’ites are about visit Iraq in December for the Arbaeen ritual marking the end of an annual mourning period for the Prophet Mohammad’s grandson Hussein, whose death finalized the schism between Shi’ites and Sunnis.

Since the cholera outbreak was confirmed in mid-September, UNICEF has supported the distribution of bottled water to 37,000 people, and water trucking at a rate of 100,000 quarts a day, benefiting 5,000 people. Community water tanks sufficient for 15,500 people have been installed, and family water and hygiene kits distributed to 44,250 families. To ensure household water supplies are properly disinfected, 1.3 million water treatment tablets for household usage and 1,000 water treatment tablets for use in community water storage tanks have been distributed.

“An important part of our efforts is aimed at helping communities protect themselves against cholera,” said Hawkins. “They can do that in simple ways, for example, by using water only from a protected source, by treating the water they store at home, and by getting medical help as soon as any member of the family develops diarrhea or other symptoms.”

UNICEF has provided health authorities with 820,000 sachets of oral rehydration salts used to treat patients suffering from dehydration. And to ensure the threat cholera represents is properly understood by the public, cholera information materials are being delivered to households across Iraq, through awareness and prevention messaging in schools, home visits, as well as via SMS, social media, and mass media, including billboards in high-risk areas.

Underlining the seriousness with which the cholera outbreak is viewed, the beginning of the school year was delayed by a full month in large parts of the country.

Humanitarian operations in Iraq remain critically underfunded, according to UNICEF, which says that in order to maintain its response to the cholera outbreak, the agency urgently requires $12.64 million. 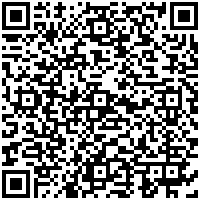