Three Arab terrorists were killed in Qalandiya, north of Jerusalem early Monday morning in a shootout with IDF soldiers at the demolition of the home of a convicted murderer.

IDF soldiers came under fire from the trio while demolishing the home of Muhammad Abu Shaheen, the terrorist who last June shot and killed hiker Danny Gonen.

Hundreds of Arabs also attacked the force at the same time with firebombs, IEDs (improvised explosive devices) and rocks, according to an IDF spokesperson. Israeli forces used riot dispersal means to disperse the mob.

During the demolition, the three Arab terrorists opened fire at the IDF soldiers, who returned fire in response to the threat. They confirmed three hits, which resulted in the three deaths.

Gonen, 25, was murdered near the Jewish community of Dolev when he stopped after visiting the Ein Buvin spring, in order to give the terrorist directions. 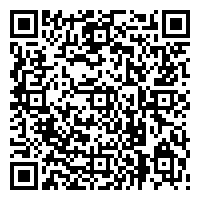