Israel soldiers shot at two Gaza Arabs who refused to heed orders to halt when they approached the security fence, and Hamas sources claimed one of the men was killed, the first reported death in security incidents since the end of the last round of Hamas-led attacks on Israel in August.

Military spokesmen said the soldiers shot at the legs of the Arabs, but Hamas reported that 32-year-old Faid Mohammed Halawah was pronounced dead on arrival at a hospital in Jabaliya, in northern Gaza.


The IDF said that the Arabs refused to comply” and “fired at the lower extremities, confirming one hit.”

An Israel leader of a regional council in the Gaza Belt area said there have been 12 attempts this month of Gaza Arabs trying to infiltrate into Israel.

And exactly what was the explanation this time for men walking in a clearly posted and widely known prohibited area?

This time they were not trying to collect scrap metal

They were not playing soccer.

They were not mentally retarded, as Hamas often claims, without referring to the Hamas leadership.

No, this time, according to relatives of Halawah who was quoted by the Bethlehem-based Ma’an News Agency, they were searching for “song birds,” which command a high price in Gaza. 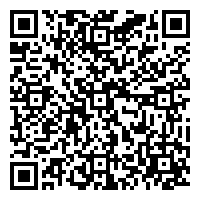