According to Magen David Adom emergency medical service, the victim sustained stab wounds in his upper body with a screwdriver. He was evacuated to Ichilov Medical Center in fair condition.

Sources said the 17-year-old attacker, a resident of the Palestinian Authority in the village of Slafit, near Shechem, was captured and is currently being questioned by security personnel.

The terrorist posted on Facebook on Monday morning that he wished to die, and asked to be buried next to his friend who died this past weekend in a car accident.

Video of the terrorist being captured: 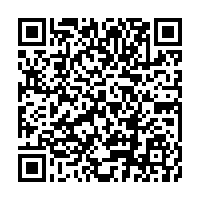