An Israeli soldier was wounded Thursday in an Arab terror attack near an IDF “pillbox” (military outpost) situated along Highway 60 in the Palestinian Authority Arab village of Beit Omar.

The village is located a few minutes south of the Gush Etzion junction, and about ten minutes’ drive north of Kiryat Arba and Hebron. It’s known as a hot spot for trouble, and a terrorist stronghold in Judea.


An IDF unit came under a hail of stones from Arab terrorists during the attack, with one of the soldiers suffering a slight head wound. The Israeli forces responded with routine mob dispersal methods, identifying and aiming at the terrorist who threw the rock at the soldier.

The soldier was treated at the scene by IDF medics. Arab Red Crescent emergency response medics were allowed to treat and transport the terrorist for further care.

Palestinian Authority sources later reported that the terrorist allegedly died of his wounds. 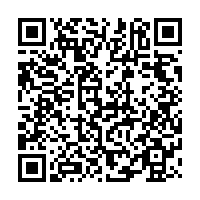