The IDF Sayeret Matkal (General Staff Reconnaissance) special forces unit is about to become revolutionized as all its future warriors will be expected to attain an officer’s rank and sign up for an extra three years of service, on top of the current compulsory service time, Israel’s Channel 2 News reported Saturday. It will turn Sayeret Matkal into an officers-only force.

The IDF Intelligence HR departments are in the process of completing the work required to carry out this significant change in the unit. The main reason for the move has to do with the fact that the equipment and technological facility required of the unit’s fighters are exceptionally high, making their initial training time longer. The military does not want to lose its investment in these men when they are discharged after three or four years.


Fighters who are already part of the unit will be offered a shortened officers’ course, and would be obligated to sign for extended service which is a prerequisite of their new rank.

Sayeret Matkal was created to fill the void left in 1954, after Israel’s first special operations force Unit 101 was disbanded as a result of the Qibya massacre of October 1953. In 1957 Avraham Arnan, a former yeshiva student and Palmach fighter, was authorized by the IDF General Staff to create a unit that could be dispatched to enemy-held territory to carry out top secret intelligence-gathering missions. Modeled after the British Special Air Service, the unit was trained, among others, by Bedouin trackers. It also took advantage of the IDF new fleet of helicopters for longer and deeper missions in Arab territory. 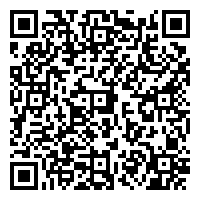