On Saturday, Palestinians tried to set up another illegal outpost. This latest attempt was in the Jordan Valley, near the town of Maskiot.

Border Police took down the 19 tents. No Arabs were arrested, and injuries were reported on either side.

Last week, Arabs set up an illegal outpost in E1, near Maaleh Adumim, which was eventually taken down.

On Friday, the Arabs built an illegal tent outpost next to Ramot in Jerusalem. 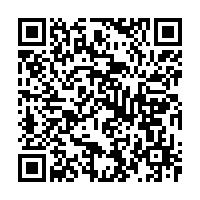