The IDF preceded an upcoming anti-Israel Amnesty report Wednesday night and charged that “Amnesty International wholly ignores the substantial increase in Palestinian violence initiated over the past year, and shows a complete lack of understanding as to operational challenges the IDF is posed with.”

Amnesty routinely picks part the IDF for alleged violations, such as shooting at terrorists and warning suspects to stop or be shot.


Military spokesmen noted that in 2013, there were more than 5,000 reported rock-throwing attacks, a sharp increase from the year before. More than 130 Israelis were injured, some of them seriously. One baby girl still is hospitalized and remains unconscious as a result of a rock-throwing incident in Samaria.

There also were 66 other terrorist attacks in 2013, including shootings, the planting of explosive devices, blunt weapon attacks and the abduction and murder of a soldier. 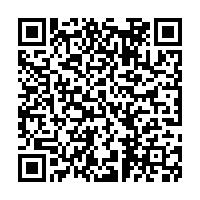