Once again, Israeli army personnel are taking the time to warn northern Gaza residents that the IDF is planning to attack their area — at the cost of IDF soldiers’ lives, who will face armed terrorists thus prepared for the strikes.

The move notifies the Hamas and Palestinian Islamic Jihad leadership and gives them plenty of time to hide. But it is necessary in order to avoid censure by the United Nations and the world community, and to avoid unnecessary civilian deaths.


The warnings are being issued in the wake of a decision by Israel’s Security Cabinet Tuesday night to intensify Operation Protective Edge following the rejection by Gaza’s Hamas terrorist leadership of an Egyptian ceasefire proposal, and its subsequent escalation of attacks on Israel.

These warnings have already been issued a number of times during the past week. Nevertheless, Gaza Arabs continue to volunteer for death, willingly acting as human shields to protect their terrorist relatives, neighbors and friends. The Hamas government is actively encouraging this suicidal behavior, urging Gaza residents to ignore the warnings and remain in targeted areas at the risk of their lives.

“At this time, messages are being conveyed to the residents of Beit Lahiya, Shuja’iya and Zeitoun, in the northern Gaza Strip, requesting them to evacuate their homes for their own safety and stressing the IDF’s efforts to avoid harming civilians,” the IDF Spokesperson’s Unit said. The messages were conveyed by recorded and SMS text messages, as well as by leaflets.

The following is a translation of the message sent to the residents of Shuja’iya, Zeitoun and Beit Lahiya.

“In spite of the cease fire, Hamas and other terror organizations continued to fire rockets, therefore it is the intention of the IDF to carry out aerial strikes against terror sites and operatives in Shuja’iya and Zeitoun. A high volume of rocket fire at Israel has originated in this area.

For your own safety, you are requested to vacate from your residence immediately and head towards Gaza City by Wednesday morning, July 16, 2014, at 08:00 AM. The IDF does not want to harm you, and your families. The evacuation is for your own safety. You should not return to the premises until further notice. Whoever disregards these instructions and fails to evacuate immediately, endangers their own lives, as well as those of their families.” 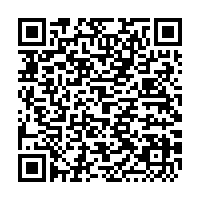