Tensions between Druze and Israeli Arabs in a small Galilee town boiled over during the weekend, resulting in brawls that left more than forty people wounded.

Fighting between Druze and Arab residents broke out over the weekend in Abu Snan, a small town in the Galilee. Abu Snan has 13,000 residents, of whom 7,000 are Muslim Arabs, 4,000 are Druze, and 2,000 are Christian Arabs. According to residents of the town, the major fighting was due to an attempted vehicular homicide – a Muslim man tried to drive his car into a crowd of Druze. After much fighting, including a grenade being thrown into a crowd, police entered the town and restored quiet. Over forty people were reported as injured, with more than twenty being hospitalized.


“Muslims students came to the school in Abu Snan wearing kaffiyehs to show solidarity with terrorists in Jerusalem and Kfar Kana”, said Sa’if Mashleb, a resident of Abu Snan, to Tazpit News Agency. “Druze students supporting Israel clashed with the Arab students, and the fighting was heavy enough that the school was closed. Later, five Arabs stabbed a Druze near his home, and from there the fighting became so heavy that the police came in force to break it up. Now, there are many police in the town, and all is quiet. I hope things return to normal soon.”

According to Atta Yemini Farhat, Chairman of the Druze Zionist Council for Israel, the roots of the unrest can be traced back to Israeli Arabs resenting Druze participation in the IDF and security forces during Operation Protective Edge. Tensions over Druze being more “Israeli” than “Arab” have been building since, and the shooting of Hir Alhamdan, who was shot by police after brandishing a knife at officers in a police car, sparked this resentment into open conflict.

Farhat explained to Tazpit News Agency that the Druze side with Israel because “the Druze have tied their lot, shoulder to shoulder, with the Israeli people – not because of what we gain, but because we, too, wish to live as a free people in a nation who sees life as holy.”

Ayoob Kara, a Druze and a former member of Knesset in the Likud party and Deputy Minister of Development in the Negev and Galilee, explained that this altercation is symptomatic of Druze-Arab relations in Israel. “Druze see themselves as an integral part of the State of Israel, and Arabs want them to be a part of the Arab agenda,” Kara told Tazpit News Agency. “The Arabs have not been successful in creating one problem between the Druze and the State of Israel, but that does not stop them from continuing to try. What happened in Abu Snan, with the Arabs in kaffiyehs trying to provoke the Druze, is a part of this.”

In the meantime, the school where events began remains closed. The police are still onsite in the town, and the atmosphere in the town is still tense. 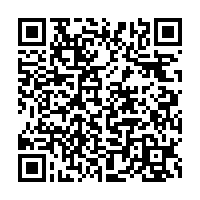