Nachi Eyal, who visited the Mount of Olives (Har Hazeitim) in Jerusalem today was shocked to find a number of desecrated gravestones.

“I was shocked to see the vandalism done to the tombstones on Har HaZeitim when I visited. I call on the Israeli government to repair the broken tombstones, and to return safety and security to Har HaZeitim”, said Nachi Eyal to Tazpit News Agency.


Tazpit News Agency attempted to clarify from the Director of Jewish Cemeteries in Jerusalem if the destruction was recent or left over from a previous vandalization, but no clarification was received by the time of publication.

The Mount of Olives is one of the oldest surviving Jewish cemeteries in the world, going back thousands of years.

It has been the repeated target of Arab attacks. 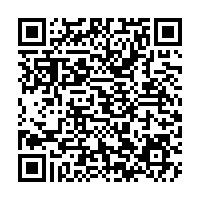