(JNi.media) It’s been noted that candidate Hillary Rodham Clinton, in her attempt to push back her major challenger, Senator Bernie Sanders of Vermont, attacked the Senator’s positions and voting record in Tuesday night’s first Democratic presidential debate. But, overall, there were few major disagreements among all four debaters about US foreign policy in the Middle East, about which Clinton’s expertise prevailed.

CNN moderator Anderson Cooper asked former Senator and former Governor of Rhode Island Lincoln Chafee to say in 30 seconds “who or what is the greatest national security threat to the United States?”


As is typical in such debates, Chafee responded that “I just have to answer one thing that Senator Webb said about the Iran deal, because I’m a strong proponent of what President Obama — and [Webb] said that [the] Iran deal [enabled] Russia to [become more involved in the region]. No, that’s not true, Senator Webb. I respect your foreign policy chops. But Russia is aligned with Iran and with Assad and the Alawite Shias in Syria. So that Iran deal did not allow Russia to come in.

To which the former senator from Virginia Jim Webb responded “I believe that the signal that we sent to the region when the Iran nuclear deal was concluded was that we are accepting Iran’s greater position on this very important balance of power, [over] our greatest ally Israel, and the Sunnis represented by the Saudi regime … It was a position of weakness and I think it encouraged the [Russian military engagement] that we’ve seen in the past several weeks.

Cooper repeated his question to Chafee, “what is the greatest national security threat to the United States?”

The governor’s answer was not the stuff of which eloquent quotes are made. He said, “It’s certainly the chaos in the Middle East. There’s no doubt about it.” Then, at Cooper’s coaxing, he added: “And it all started with the Iraq invasion,” for which he blamed Clinton, who, as the junior Senator from New York, in 2002 voted to allow President Bush to invade Iraq over false evidence.

Former Governor Martin O’Malley, in his turn, said, “I believe that [a] nuclear Iran remains the biggest threat, along with the threat of ISIL; climate change, of course, makes cascading threats even more (inaudible).

Former Secretary Clinton, asked what’s the greatest national security threat the US is facing, said, “I think it has to be continued threat from the spread of nuclear weapons, nuclear material that can fall into the wrong hands. I know the terrorists are constantly seeking it, and that’s why we have to stay vigilant, but also united around the world to prevent that.”

In Senator Sanders’ view, the Middle East does not pose the biggest threat to America, arguing instead that “the scientific community is telling us that if we do not address the global crisis of climate change, transform our energy system away from fossil fuel to sustainable energy, the planet that we’re going to be leaving our kids and our grandchildren may well not be habitable. That is a major crisis.”

Former Senator Webb said that “our greatest long-term strategic challenge is our relation with China. Our greatest day-to-day threat is cyber warfare against this country. Our greatest military-operational threat is resolving the situations in the Middle East.”

The Middle East came up once more in a significant way during the debate when Cooper asked the candidates to name one way their administration would not be merely a third Obama term.

Chafee answered, “Certainly, ending the wars. We’ve got to stop these wars. You have to have a new dynamic, a new paradigm. We just spent a half-billion dollars arming and training soldiers, the rebel soldiers in Syria. They quickly join the other side…”

Cooper interrupted: “President Obama’s generals right now are suggesting keeping troops in Afghanistan after the time he wanted them pulled out. Would you keep them there?”

Chafee insisted he wanted to his answer first, reminding the audience that the US has “just bombed a hospital. We’ve had drone strikes that hit civilian weddings. So I would change … our approach to the Middle East. We need a new paradigm in the Middle East.”

Former Governor O’Malley said, on the difference between his and Obama’s administrations: “I would follow through on the promise that the American people thought we made as [a] Democratic Party, to protect the Main Street economy from recklessness on Wall Street. I would push to separate out these too-big-to-jail, too-big-to-fail banks, and put in place Glass-Steagall, a modern Glass-Steagall that creates a firewall so that this wreckage of our economy can never happen again.”

Senator Sanders answered, “I have a lot of respect for president Obama. I have worked with him time and time again on many, many issues. But here’s where I do disagree. I believe that the power of corporate America, the power of Wall Street, the power of the drug companies, the power of the corporate media is so great that the only way we really transform America and do the things that the middle class and working class desperately need is through a political revolution when millions of people begin to come together and stand up and say: Our government is going to work for all of us, not just a handful of billionaires.”

After much applause in response to Sanders’ message, Cooper turned to former Senator Webb, asking “how would you not be a third term for Obama?”

Webb said, “I got a great deal of admiration and affection for Senator Sanders, but I — Bernie, I don’t think the revolution’s going to come. And I don’t think the Congress is going to pay for a lot of this stuff. And if there would be a major difference between my administration and the Obama administration, it would be in the use of executive authority. I came up as a committee counsel in the Congress, used to put dozens of bills through the House floor every year as a committee counsel on the Veterans Committee. I have a very strong feeling about how our federal system works and how we need to lead and energize the congressional process instead of allowing these divisions to continue to paralyze what we’re doing. So I would lead — working with both parties in the Congress and working through them in the traditional way that our Constitution sets.” 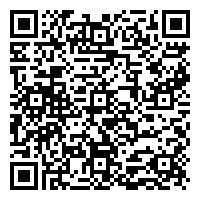