One of Indonesia’s largest Islamic organizations is causing a controversy by objecting to a UN plan to ban female circumcision, ABC News reported.

The Indonesian Ulema Council (MUI) says female circumcision is part of Islamic teachings and that it is their constitutional right.

MUI chairman Ma’ruf Amin has called on hospital and clinics to provide the service to people who would want their daughters circumcised.

“What we reject is the ban. If there is a request … don’t turn [the parents] away,” Ma’ruf was quoted as saying.

Ma’ruf’s comments were made in response to the approval last month of a non-binding resolution calling on UN members to enforce laws against female genital mutilation (as well as pass such laws, if they’re not already on the books).

The practice of female circumcision was officially banned by the Indonesian Ministry of Health back in 2006, because it is “potentially harmful.”

In 2010, however, the Indonesian Government issued a ministerial regulation outlining how the practice should be carried out by medical doctors. That initiative confused many.

Justina Rostiawati, from the National Commission on Violence Against Women, said that the regulation was an acknowledgement that the earlier ban on female circumcision was not working.

“When the hospital or the health services in that area refused to carry out the circumcision, the mother would take the female baby to the midwife, or just to a traditional healer, or birth attendant – where it’s even more dangerous,” Rostiawati said.

Professor Terry Hull of the Australian Demographic and Social Research Institute at the Australian National University said female circumcision is increasing in Indonesia and the practice is becoming more brutal.

“Over the past two decades, there’s been an increasing ‘medicalization’ of the practice, where medical personnel are taking part in what they interpret as Islamic rituals, and they are drawing blood and sometimes cutting away skin from the clitoris and sometimes from the labia.” 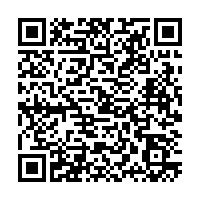