Residents of the Jewish community of Adam, just north of Jerusalem in the Binyamin region remained safe on Sunday night thanks to a loud security alarm and the quick thinking of a security team that was dispatched promptly to check out the suspected infiltration.

The residents were told to remain indoors while security personnel went to check out the two images that were seen on the screen, showing security personnel that an infiltration may have been in progress by unidentified individuals.


The security siren — which is very loud — was reportedly heard in northern Jerusalem as well. The alarm was cancelled a short time later.

An emergency response team was dispatched to investigate and discovered an opening in the security fence on the north side of the community, indicating an entry and exit, making it clear the suspect escaped. 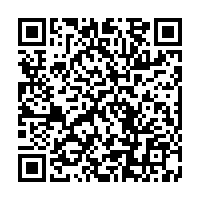