Prime Minister Benjamin Netanyahu’s Tuesday’s announcement of early elections has given new life, among other things, to speculations about former Shas leader Aryeh Deri’s return to the top. But Deri associates on Wednesday denied the rumors.

The charismatic Deri has served 22 months in prison between 2000 and 2002, for taking a $155 thousand bribe while serving as Interior Minister. He was replaced by the current Interior Minister and Shas leader Eli Yishai.


In recent days the rumors were flying about a Deri’s recent coup, whereby he has managed to gain enough favor with the party’s spiritual leader, Rabbi Ovadia Yosef, to reinstate him in the top post while Yishai will be demoted to second place on the Shas Knesset list.

But Deri supporters on Thursday confided with Israel Today thattheir man is in “a serious bind” and would require a miracle to retake the top spot.

Deri’s predicament is, according to insiders, that after having made a commitment not to run on an independent list, he still hasn’t been able to unseat his rival Yishai.

“We offered him in recent months to compete against Shas, but that’s probably not going to happen,” an insider told Israel Today. Still, Deri “has to be present in these elections. If he doesn’t enter now, the story is over, and he only has the Shas option. I’m sorry to say only a miracle would cause Rabbi Ovadia to push aside Yishai and award the party stewardship to Deri.”

The question remains open as to whether or not Deri would acquiesce to take the second spot. In the past the disgraced politician has stated unequivocally that second place is “out of the question,” the insider added. “But under these new circumstances, you never know.”

Minister Yishai on Wednesday denied reports about a deal that’s being worked on inside Shas. His office said “there is no such deal.”

As to Deri’s possible return, Yishai said: “There’s Rabbi Ovadia Yosef and the Council of Torah Sages, and they decide. I’ve said many times that I would be delighted if Deri comes back to Shas according to the Rabbi’s decisions. Deri, too, respects the Rabbi’s decisions, and whomever doesn’t respect the Rabbi’s opinion has no place in Shas.” 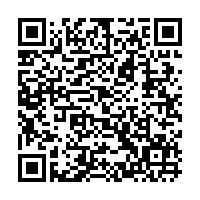