A police investigation ordered by the offices of the attorney general and government prosecutor has cleared a police sapper of criminal intent of shooting shot dead a terrorist attacking bystanders.

The two teenage female terrorists brandished scissors to stab people at the city’s Mahane Yehuda open market last month. One of them managed to lightly wound a 70-year-old Arab before the police sapper at the scene shot her and her accomplice.


A video showed one of the women on the ground after being shot and then the police officer shooting her again and killing her, prompting the government attorneys to demand an investigation on suspicion of murder.

The investigators concluded, after three days of questioning, that since there was no sound with the video, there was no way to contradict statements by the police sapper that he first ordered the woman to drop the scissors and shot only after she refused.

It also could not be proven that the woman still did not present a danger even after she was on the ground. Experience has shown that terrorists sometimes have tried to stab police or guards who approach them after being grounded by gunfire.

I express my regret at the decision of the legal advisers to investigate the police sapper who foiled the attack in Jerusalem by two female terrorists.

I am not able to understand why people try to judge police security forces every time they make split-decisions during a terror attack, as if we were talking about working in a laboratory and as if it were possible to know in a moment what weapons and explosives may be on the body of terrorists or if they still have the strength to stab anyone who approaches them.

An indictment was presented in court on Friday against the female terrorist who was not shot dead during the attack. 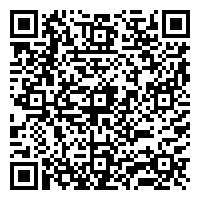