(JNi.media) The terrorist cell that murdered Naama and Eitam Henkin south of Shechem four days ago has been arrested, the Shin Bet announced. The terrorists shot the couple and then verified their death with additional bullets, while the Henkins’ four children, ages nine, seven, four and four months were watching from the back seat.

The investigation revealed that one of the terrorists shot his friend by mistake during the attack, forcing them to flee the scene hastily, which explains why they left alone the children in the back seat of the Henkins’ car. The wounded killer was picked up by security forces from his hospital bed in Shechem.


The cell members, five Hamas operatives from Shechem, were picked up one day after the attack. Several Arabs suspected of helping the cell have also been arrested. The cell was under the command of a released prisoner, a Hamas member, who provided the weapons and planned the attack but did not participate in it personally.

The investigation revealed that the attack was carried out by two terrorists who opened fire on the vehicle belonging to the Henkins, and after the car had stopped, they approached it and fired at the couple at close range. The shooters told investigators that they had recently carried out two more shooting attacks that did not result in casualties.

A senior IDF officer speaking about solving the Henkins’ murder told Walla: “This is a terror foundation that planned to attack along this road, by stopping the car and carrying out the shooting. They had a glitch — a bilateral shooting at the injured man we picked up from his hospital bed in the Rafidia Hospital in Shechem. You may be able to say that this terrorist glitch resulted in the fact that the children are alive.”

Below is reportedly the security footage of the Israeli undercover security personnel capturing the injured terrorist in the Shechem hospital: 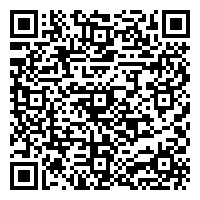