Prime Minister Binyamin Netanyahu praised the Israel Security Agency (Shin Bet) Monday night for the arrests of the murderers of Rabbi and Naama Henkin last week and vowed, “Just as we defeated previous waves of terrorism, we will defeat this one as well.”

I would like to commend the ISA personnel who solved the terrible murder of the Henkins near Nablus [Shechem]. They acted very quickly and also apprehended the murderers. We are acting with a strong hand against terrorism and against inciters.

We are operating on all fronts. We have brought an additional four IDF battalions into Judea and Samaria, and thousands of police into Jerusalem. The police are going deeply into the Arab neighborhoods, which has not been done in the past.


Prime Minister Netanyahu and the Security Cabinet are meeting in emergency session Monday night, after the Shemini Azeret-Simchat Torah holiday, to approve strong measures that reverse previous orders that restricted soldiers trying to protect themselves and civilians from terrorists, armed with everything from rocks to rifles and bombs.

We will demolish terrorists’ homes.

We are allowing our forces to take strong action against those who throw rocks and firebombs…. We are not prepared to give immunity to any rioter, inciter or terrorist anywhere;

Therefore, there are no restrictions on the action of our security forces. We will also lift restrictions regarding action against inciters. We will act against the Islamic Movement which, together with Hamas and the Palestinian Authority, is the main source of incitement.

We are in a difficult struggle but one thing should be clear – we will win. Just as we defeated previous waves of terrorism, we will defeat this one as well. 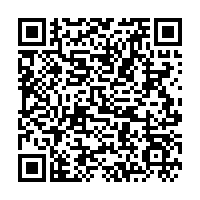