Mohammad Reza Hassani Ahangar, of the Imam Hossein University in Tehran, confirmed that a member of the Ministry of Defense named Ehsan Ghadbeigi was killed in a research unit in the Parchin area, and another member was injured in late May due to “industrial sabotage” in one of the production lines.

In remarks to the media on Monday, Ahangar, an Iranian Revolutionary Guards (IRGC) commander, stated that Ghadbeigi was not the target of the attack, but was “affected by the industrial sabotage.”


Referring to the repeated attempts at sabotage, Ahangar said that Artificial Intelligence methods need to be employed to prevent the attacks.

The Parchin region is the location of military industries. The Iranian military complex, located about 30 kilometers southeast of Tehran, is closely linked with the Khojir missile production complex.

This report is the latest in a series on Iranian security, military, and nuclear officials who have died recently in circumstances shrouded in secrecy.

Most recently, Rashid Islam Pasdaran, “Ali Kamani”, a member of the IRGC Aerospace Unit, “died in a car accident” in Khomein city last week, and Mohammad Abdous, an employee of the Semnan Air Defense Base in northern Iran, was declared as being “martyred” on the same day. Iran’s defense ministry emphasized that both officers died “on a mission” and called them both “martyrs” without providing an explanation.

Before that, IRGC Colonel Ali Esmailzadeh died “in an incident” at his home. He was a close colleague of Colonel Hassan Sayyad-Khodaei, the acting commander of the elite Qods Unit 840, who was shot dead outside his home in Tehran on May 22 by two gunmen who fled the scene.

The New York Times reported earlier this month that Iran suspects Israel has poisoned two scientists in the past month, including Entezari, the aeronautical engineer, and Kamran Aghamolaei, a geologist involved in Iran’s nuclear program in Natanz.

Israel’s defense establishment is closely monitoring Iran’s official threats for revenge and has stepped up alertness and security in all Jewish and Israeli institutions around the world. 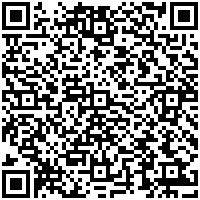