Iraqi counter terrorism forces raised the Iraqi flag Monday over the city of Ramadi, a day after liberating its residents from Da’esh (ISIS) terrorists, a military spokesperson said.

Ramadi, the capital of Iraq’s Anbar Province, was seized by Da’esh in May.

“Yes, the city of Ramadi has been liberated,” said joint operations spokesperson Brigadier-General Yahya Rasool in a statement broadcast on state-run television.

“The Iraqi counter terrorism forces have raised the Iraqi flag over the government complex in Anbar.”

Rasool added that tribal fighters in the region would be expected now to hold the city that finally had been liberated.

“We have trained hundreds of tribal fighters; their role will be holding the ground,” he told Reuters. “Seeing their own tribes responsible for security will be a relief for the civilians,” he added.

Sabah al-Numani, a spokesperson for the Iraqi counter terrorism unit told Reuters, “By controlling the complex this means that they [Da’esh] have been defeated in Ramadi.”

The offensive had been supported by U.S.-led coalition air strikes, but Iran-backed Shi’ite militias were barred from participating in the operation by the Iraqi government in order to avoid sectarian violence. Anbar Province is primarily populated by Sunni Muslims.

[They] are “working day and night on the disposal of improvised explosive devices and car bombs left by ISIS militants in central Ramadi who have escaped in the direction of Al-Khaldiya,” Lt.-Gen. Abdul-Ghani Asadi told the Sputnik news agency. 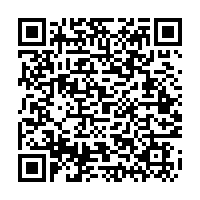