“Jordana, I really want to come to visit Jerusalem tomorrow, but is it safe?” If I had a dollar for every time I’ve been asked some variation of that question in the past four months or so, I’d be a millionaire! Well, not exactly- but I could afford a really nice meal. It is a bizarre question for me at first, because they are essentially asking if the place I live- where I work, shop, socialize and walk around- is dangerous for them to visit. You know, because of the terrorist stabbings that have been happening with nauseating regularity in our holy city.
But I get it. If all I kept hearing was “stabbing in central Jerusalem…car ramming in Jerusalem…. thwarted stabbing attempt in Jerusalem…”on the news all day, I’d probably be a bit freaked out too. I mean, how do we even live? The answer is the same well-trod answer Jerusalemites have been giving for the past who-knows-how-many years, “Life goes on.” Sure, you pause every time you hear about some new attack, you frantically search the internet for information, you discuss it with your friends and co-workers. But inevitably, you will realize that you’re out of milk, that the bank is closing soon or that the light rail train in 3 minutes away, and you will return to your regularly scheduled life, a bit tenser, but in astonishingly short turnaround time.
It does get a little sticky when there is nowhere in your daily routine that hasn’t been targeted. The shuk, where I have spent countless daytime hours picking out fruits and vegetables and evening hours having drinks with friends? Yep, two women with scissors started stabbing people there. The Central bus station, my main hub for getting out of or back into the city, several times weekly? It’s been targeted a number of times. Countless bus stops, bustling city corners and road junctions that I would recognize anywhere- suddenly flashed across TV screens as the site of the most recent attack against my Jewish brothers and sisters, my brave and beloved policemen and soldiers. And while the armed populace has become more vigilant, more adept at neutralizing and killing the terrorists quicker, it bizarrely hasn’t stopped the attacks from occurring.
People are most scared of the Old City, and that breaks my heart. The area of Jerusalem where all visitors yearn to come and spend time and pray is now one of the areas they are most scared to visit. For months I would calm friends and say “Take Shaar Yafo/Jaffa Gate.It’s all tourists and nothing has happened there.” And then something happened there. And now I don’t know what to say to friends. Because I am not in their shoes, looking in from the outside. Would I still go to the Old City through Jaffa Gate? Yes, and it’s definitely not because I’m so brave. It is because of this.
As hard as it is, I can not be scared of my city. I can keep my hands on my pepper spray, I can avoid suspicious-looking passersby (yes, through profiling- not sorry!) and I can be aware of my surroundings. But I can not be sacred of my city. I can warn others of where to go and where not to go, I can give suggestions of routes or streets to take or avoid. But I can not be scared of my city. I can follow the news one day and shut it all out the next, to stay sane. But I can not be scared of my city.
My city isn’t like Tel Aviv or Haifa, or Beit Shemesh or even Tzfat. My city is the capital of Israel and the eternal capital of the Jewish homeland. It represents so much more to me and the Jewish people than anywhere else. We have cried, prayed for and bled for Jerusalem. I personally moved across the world, all alone, in order to live in Jerusalem. So I can not be scared of my city. And I hope you will come here and join me in my city- in our city- and we will not be afraid.
Advertisement 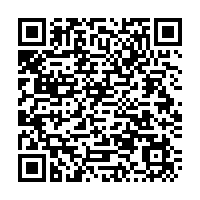