On Saturday the country will mark the 70th anniversary of the World War II victory in Japan (VJ Day).


British jihadists are allegedly planning to attack the queen at that time through a plot similar to the attack by the Boston Marathon bomber, using a pressure cooker in central London.

UK police received notice of a specific concrete threat made against the Queen herself, according to The Sunday Express.

However, despite having been notified about the potential threat, the Queen has reportedly insisted she attend the events to “honor the fallen.”

On Saturday Her Majesty is scheduled to attend a service at St. Martins-in-the-Fields at Trafalgar Square.

The service will be followed by the Horse Guards Parade, a flypast and a wreath-laying ceremony before veterans and current troops are paraded down Whitehall and Westminster Abbey.

A number of other members of the royal family are also expected to attend the events as well, including Prince Charles – another reported target of the terrorist organization.

Thousands of spectators are expected to line the streets around Whitehall and Westminster Abbey during the festivities.

Prime Minister David Cameron, members of the Armed Forces and more than 1,000 veterans of the Far East campaign and their families will be among the attendees, who are also are considered to be possible targets of the terrorists, according to the report.

S01 Specialist Protection, which provides security for Prime Minister David Cameron and other government dignitaries, will be providing coverage for the events, along with Scotland Yard’s Royal Protection unit, SO 14 and the Home Office. 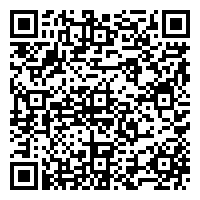