Daesh, or ISIS – also known as the Islamic State in Iraq and Syria – has now spread its tentacles into Nigeria, where the Boko Haram terror organization formally pledged its allegiance to the group this weekend.

More than 50 people are dead and some 140 others wounded in northeast Nigeria following a suicide bombing allegedly carried out by Boko Haram. The Nigerian terror group has been attempting to create its own Islamic state in northern Nigeria since 2009.


Forces from Niger, Cameroon and Chad launched a ground and air offensive early Sunday against the terrorist force in northeastern Nigeria, the BBC reported. More than 8,000 troops have been gathered to create a regional force endorsed by the African Union, to target the terrorists in Borno State.

Radical Islamists from another North African terror group, al-Murabitun, shot and killed five people at a bar popular with expatriates in Mali on Saturday.

One French national, a Belgian citizen and three Malians were killed, along with eight others who were wounded. Al-Murabitun claimed responsibility for the attack in an audio message, according to the Maritanian news agency Al Akhbar 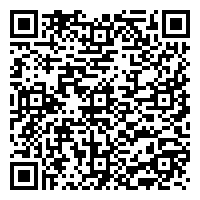